Deities are supernatural beings, thought of as holy, divine or sacred. Some religions have one supreme deity, while others have multiple deities of various ranks. Deities in Ileogbo are depicted in various forms but are also being frequently expressed as having human forms. Some faiths and traditions considered it blasphemous to imagine or depict the deity as having any concrete form.

Deities are often thought to be immortal and are commonly assumed to have personalities and possess consciousness, intellects, desires and emotions comparable but usually superior to humans. A male deity is a god, while a female deity is a goddess. Some of the deities worshipped by traditional believers; Orayan, Ifa, Orisa Ogiyan, Oro, Egungun, Osun. Oya, Ogun, Esu (Lalu), Koori and they are as discussed below:

Oranyan is worshipped annually by the people of Sooko and Aka’s compounds in lleogbo. A sculpture or a man sitting on a wooden stool specially decorated with a wooden tray on his bead containing smooth peoples known as Olo-Osun under a small base represents our father turned to god.

Ifa devotees come from the different compounds in the town. Its worshippers have no unique dress except beads round necks wrist of women. Agogo beaten to tune is its music. It is worshipped annually. It takes Oguro tapped from the Iko palm tree. It has definition mode with Opon Ifa containing the fine white substance with a spec stick to beat the tray to settle the fine substance contained. It foretells the future for consultants. The sixteen (16) Oju Odu Ifa and the two hundred and forty (240) guide the devotees to foretell the future for those who consult.

The people of Gbogbo’s compound worship orisa Ogiyan. It is believed to be the traditional deity of descendants of the Ejigbo kingdom where people of Gbogbo’s compound came from Devotees do not take new yam in May, June, July until late August after they have performed the ritual of Oosa Ogiyan. Instead, they take plenty of pounded yams with snail meat and Osiki soup on the day of celebration.

The white substance is kept to treat sores sustained from beating themselves with whips after taking the pounded yam. The worshippers of Ogiyan believe that he gives them good health, wealth and children. The devotees have no unique dress, no special drum but some memorable songs on the evening of the day. All of the troop out together with young boys and girls, beating themselves with whips while the elderly ones dressed in fine native attire stroll along magnificently at the rear.

Sango devotees in lleogbo are majorly from Balogun s compound. Sango, like Oranmiyan, was a human being turned god. Sango, the 4″ Kabiyesi of Oyo Ile, turned god for his feat of emitting fire from his mouth. He has other teats, has his tune, music (Bata), type of dressing and stepping when dancing to the Special tune colour is deep red, the particular dress is Yeri and small sleeveless Buba (a type of cloth).

Symbol of worship is mortal turned upside down as his seat Sange is believed to control thunder which when annoys is sent to kill enemies of the society. Devotees alone have the authority to bury such killed after libation (etutu), cure and give children. The food served during Sanga festival Amala & Gbegin,

Osun was the goddess of River Osun. It is being worshipped in many towns in the state. Local foods in the area are used to appease her. She is believed to be an open-hearted and generous woman who blessed the barren, Dundun. Sekere and Aro are her music with her type of song such as Ore Yeye Osun, Osun ngbo o.

Oro is worshipped annually by the people from Oladunwo and Mojiga’s compound; the celebration lasts for seven days and seven nights. The women are forbidden to see the god. Oro and Olugaga, his companion, has a still and booming voice, respectively. Oro has his music and songs. It has sleepless nights going around the corners of the town. The Oro has a unique sound when rolled. Females are disallowed from seeing it because it is considered taboo.

Oya is worshipped in lleogbo by the people of Alawe’s compound. Oya and Osun are the wives of Sango. Oya was so powerful that she became river like Osun. All descendants from Ira are the original worshippers of Oya, and only a day is used for the celebration. Oya blesses worshippers with health, children and other needs.

Esu (Laalu) is worshipped by the sons and daughters of Akogun’s compound in Ileogbo; worshippers of Esu believe that he is not the devil as believed in the Quran and the Bible. Instead, it is believed to send it to bad people to punish them. Therefore, to appease Esu Laalu, people can offer any food with plenty of red palm oil.

Ogun worshippers are the descendants of Oladunwo, Abonle and Oloode Isale’s compound; it is the god of iron, with a symbol of rod pegged beside Akoko Tree. The rod has a bell on top. One must smear red palm oil and salt on it to appease the god of iron Individuals are sometimes asked to worship it when they need good health or other things. One can also appease it with wine (Ogbure! Generated from Eniko tree. Dog meat and other food items but preferably dog meat.

Koori is worshipped annually by all the compounds in Ileogbo. It is believed to be a god for the children. However, there is no special worship except that young females in a compound agree to collect food items wildly pounded yam and soup. They are then led to the rive side by drummers to eat and bathe in the river, mainly in the afternoon with drummers leading them; one or more of them may become possessed while others continuously pour water drawn from the river on them.

Egungun, because of its fame, fans and modernization, has commanded wide acceptability by not only the people of the ancient time but also by the modern people. The admiration of this god caused the town a memorable loss as they attacked the town during the Egungun festival celebration in 1821 because they were unprepared and distracted by the festivities. There are many types of Egungun in the Ileogbo kingdom.

The Egungun Elayi are older ones, and they are harmlessly adorned in traditional long robes that drag on the ground as they move. The robes have no sieve to show their humility. They go to relatives, top and collect food and cash from them. They appear once a year during the final Egungun festival except when an older man or a respected man dies. On the festival’s final day, the Eegun Alayi leads in going round the Sango and Eesu Shrine at the market square.

The younger Egunguns are called Alawuje; young, agile, running up and down, chasing the young ones for fun. Their bright dresses, covering all parts of their bodies, allow unrestricted movement. They go about with whips; They are Alawuje and Arikijipa.

Sometime in 1953, young elements of masquerades sprang up wearing almost identical uniforms of so-called long sleeve dresses, beautiful socks, clothes (Yeri) of various colours and veils to cover their faces. They were perfect at acrobatic displays and well-known for acrobatic dancing except for the Teacher’s Masquerade led by Latoya Ajala of Aato’s compound.

The Medium Egungun, like Olaewe and others, are older elements of Egungun, and they move around with their fans. They are older than the young ones. Some if not all of them use charms for various purposes. This category has a tradition like Alayi. 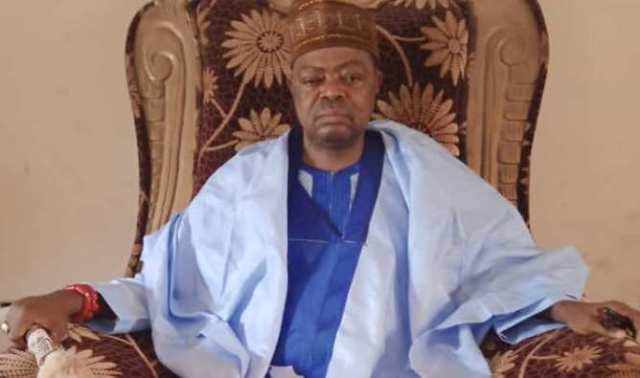 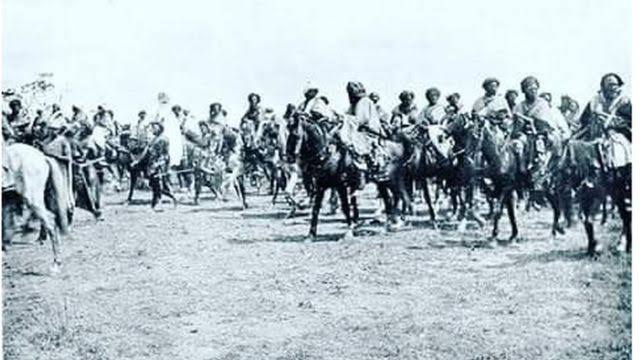 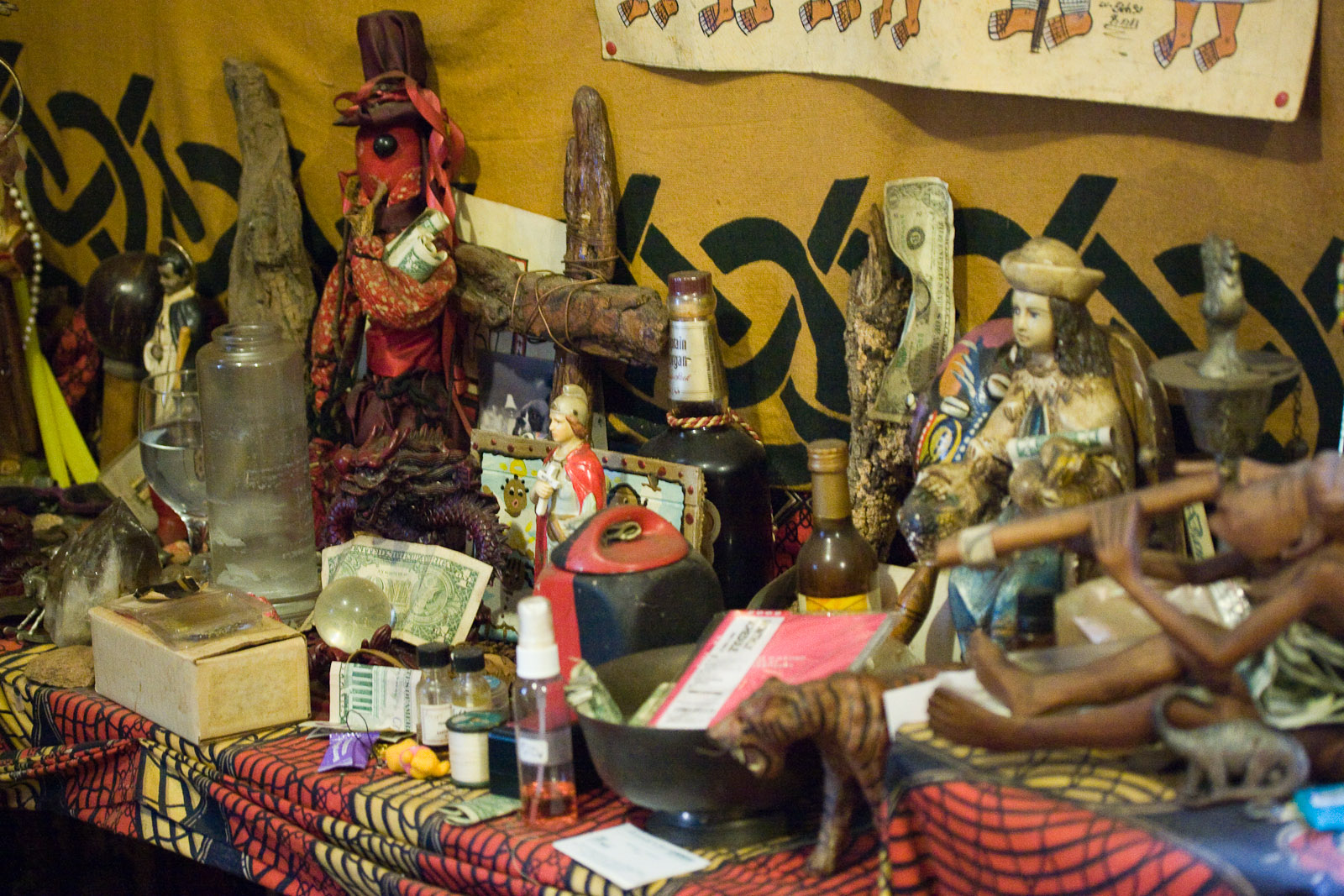 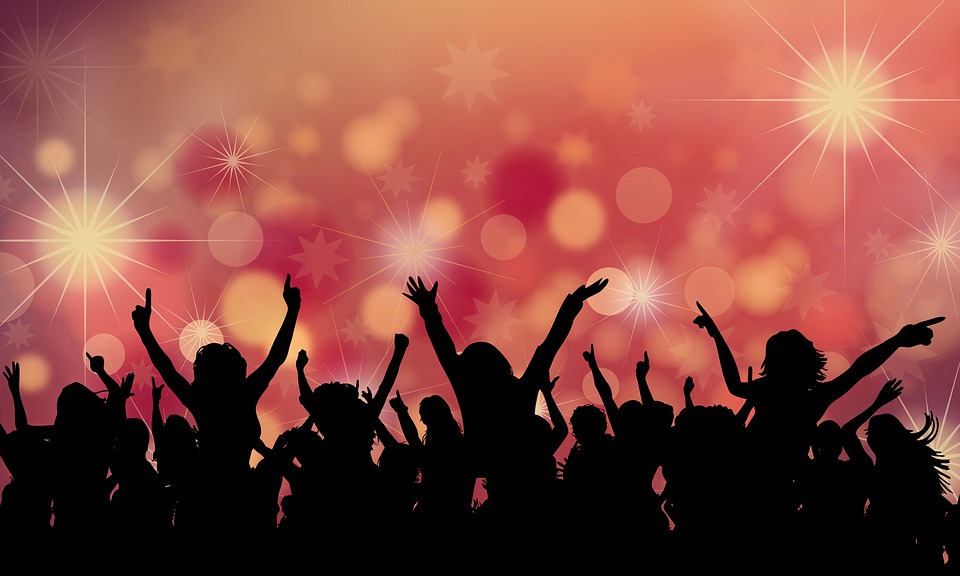